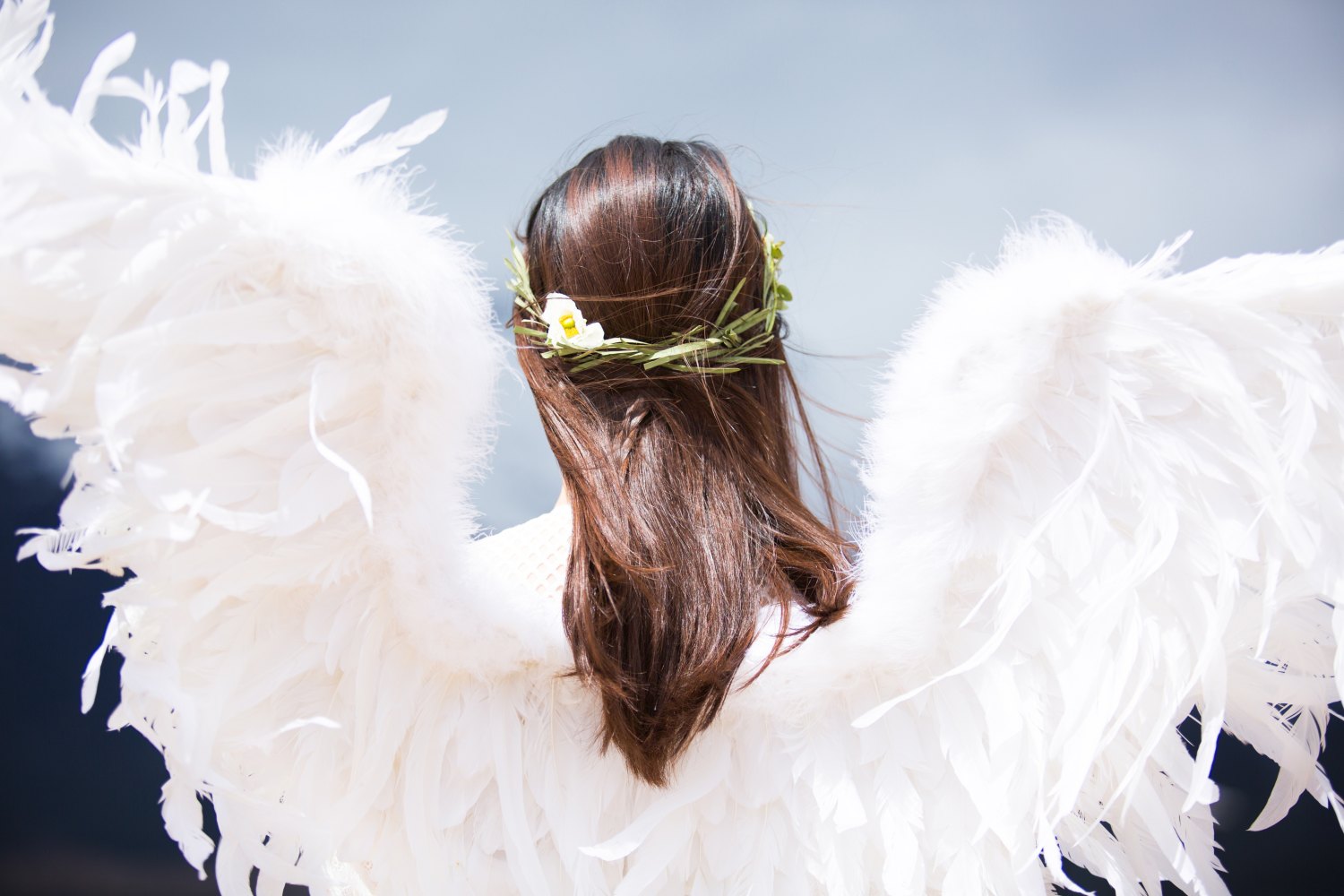 I’m not going to lie, I have struggled a little bit lately. I had completely lost my blogging mojo and put it down to reasons which have both been linked to the summer holidays:

My loss of motivation has also been presented with a large portion of self doubt. This is a blog to encourage other people to do things that make them happy, why would anyone want to listen to me moaning? Things I say could come across as attention/sympathy seeking, or even worse… could be taken personally by others. And then of course there is the little man on my shoulder whispering in to my ear that ‘No One Cares‘ (I wrote a blog about this last year).

Last week ‘something’ happened. Call it a ‘sign’, call it a ‘coincidence’, or simply just call me crazy but something happened that inspired me to want to write again.

Last year I saw a clairvoyant who mentioned that Molly had a Guardian Angel who is female and from my Mothers side. Granted she had a 4 in 1 shot in naming a grandparent that had passed (my Grandmother on my Mothers side passed 8 years ago) so I took this comment with a pinch of salt and have never thought about it since.

On Thursday I didn’t think my day could get much worse and it wasn’t even 10am. By coincidence, my grandparents had been mentioned that morning. I had planned a pity party for one, which involved staying inside all day and keeping Molly entertained with a 2D babysitter otherwise known as Mr Tumble, but decided that actually, what we really needed was some fresh air.

We walked toward the park in an open space (we weren’t under any trees) and Molly pointed at the white feather that was falling from the sky. She tried to catch it and as it landed on the floor I told her that ‘white feathers’ have something to do with angels, but I couldn’t remember what, so I would look it up once home. At that moment, the grey skies shifted ever so slightly to let the brightest ray of sunshine filter directly to us for no longer than 5 seconds, but it was enough time to feel a sudden and overwhelming sense of happiness and warmth that made us both stop in our tracks.

It sounds so strange, but I suddenly had this ‘everything will be OK’ feeling. I could almost feel the stress, self doubt, and negativity lift and we proceeded to have a lovely afternoon. We got caught in a rain storm and couldn’t help but laugh, we danced and held hands whilst getting completely soaked by the torrential downpour.. but it was all OK.

Once home, I googled ‘white feathers’ and came across this extract:

“If you come across a white feather, take it as a reminder to keep faith and stay strong. Sometimes we can find ourselves feeling overwhelmed or stressed out by things that, in the grand scheme of things, don’t matter.

If you’ve been worrying a lot lately, use the appearance of a white feather as a sign you should take time out to calm down and relax. After all, worrying does not take away tomorrow’s troubles, it takes away today’s peace. Everything is going to be okay.”

Today I also posted a picture on Instagram in which it attracted some unanticipated but incredibly endearing comments:

I’m not necessarily saying that the feather had anything to do with my Grandmother, but I do have faith in the fact that life will be fine, and that this ‘something’ combined with the kind and lovely comments that I received on my Instagram post, is a prompt to shake off that negative energy and to keep moving forward.

I guess all parents feel like they struggle a little bit sometimes, and as one of the lovely comments above says: “…EVERYTHING is so much more adventurous and downright fun. What’s even better is you’re out there writing and posting stuff like this to remind us of this very fact! As ever, awesome. As ever, keep doing your thing”

Now if this isn’t a gigantic kick up the backside then I don’t know what is. Whether it be a  ‘sign’, or a ‘coincidence’ or a little spell of ‘crazy’… I will keep doing my thing and hope it be enough to keep the little man on my shoulder at bay for now.

*…Try to get ‘Angels’ by Robbie Williams out of your head now…..*