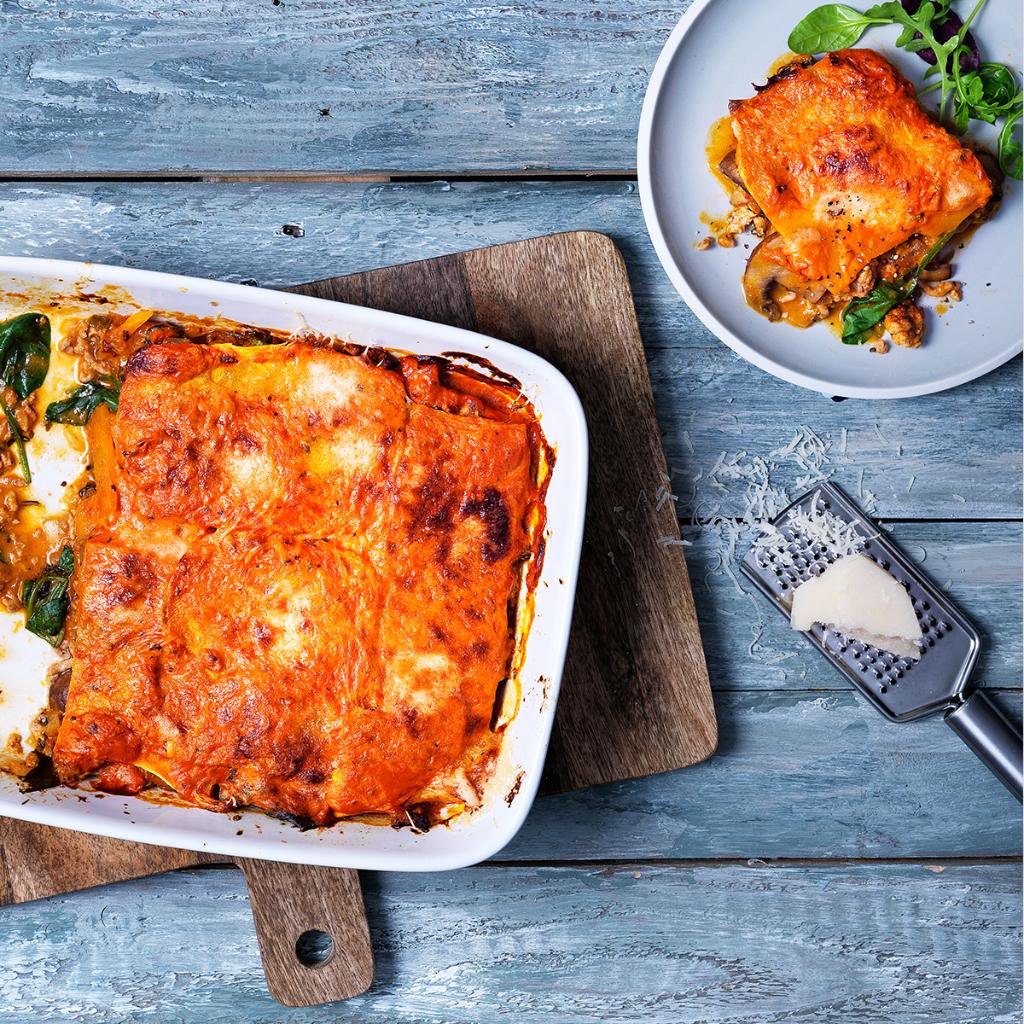 Molly and I tried a recipe I found at Sainsbury’s and it was so good, I had to share it with you (although I did have to spend some time picking out the spinach and mushrooms in Molly’s portion…)

This yummy recipe can be changed as you wish, I also added some peppers and courgettes to mine. 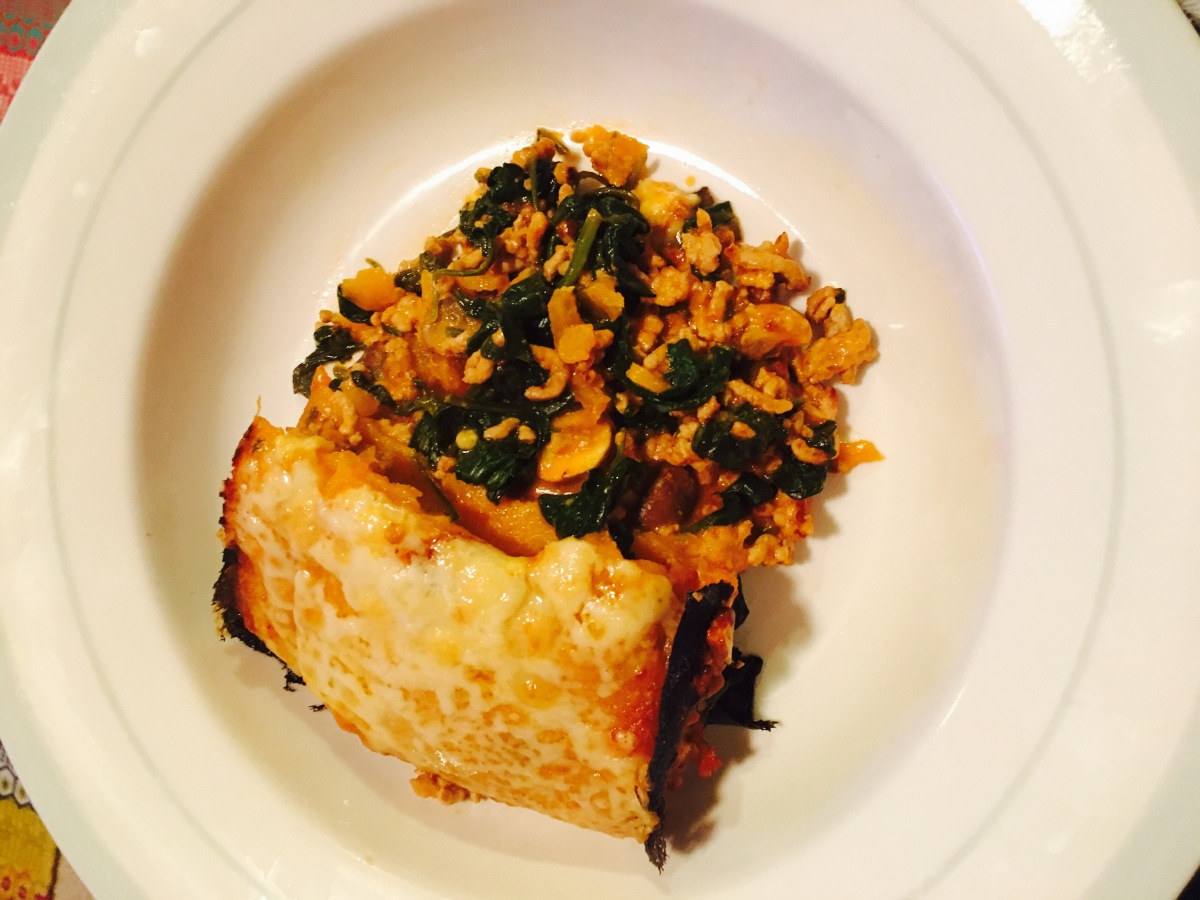 1) Preheat the oven to 200°C/gas mark 6. Heat the oil in a large frying pan and cook the diced onions for 5 minutes until softened. Add the pork mince and fry for a further 5 minutes, until browned all over.  Stir in the mushrooms and cook for 3-4 minutes or until softened

2) Pour ¾ of the tomato and mascarpone sauce into the frying pan, followed by the sage. Add the spinach and cook until wilted. Mix well to ensure it is covered with sauce

4) Top with the remaining tomato and mascarpone sauce and a generous topping of Parmesan cheese. Bake in the oven for 45-50 minutes until a golden brown crust has formed. Take out of the oven and allow to sit loosely covered with foil for 15 minutes. Serve alongside the salad leaves.