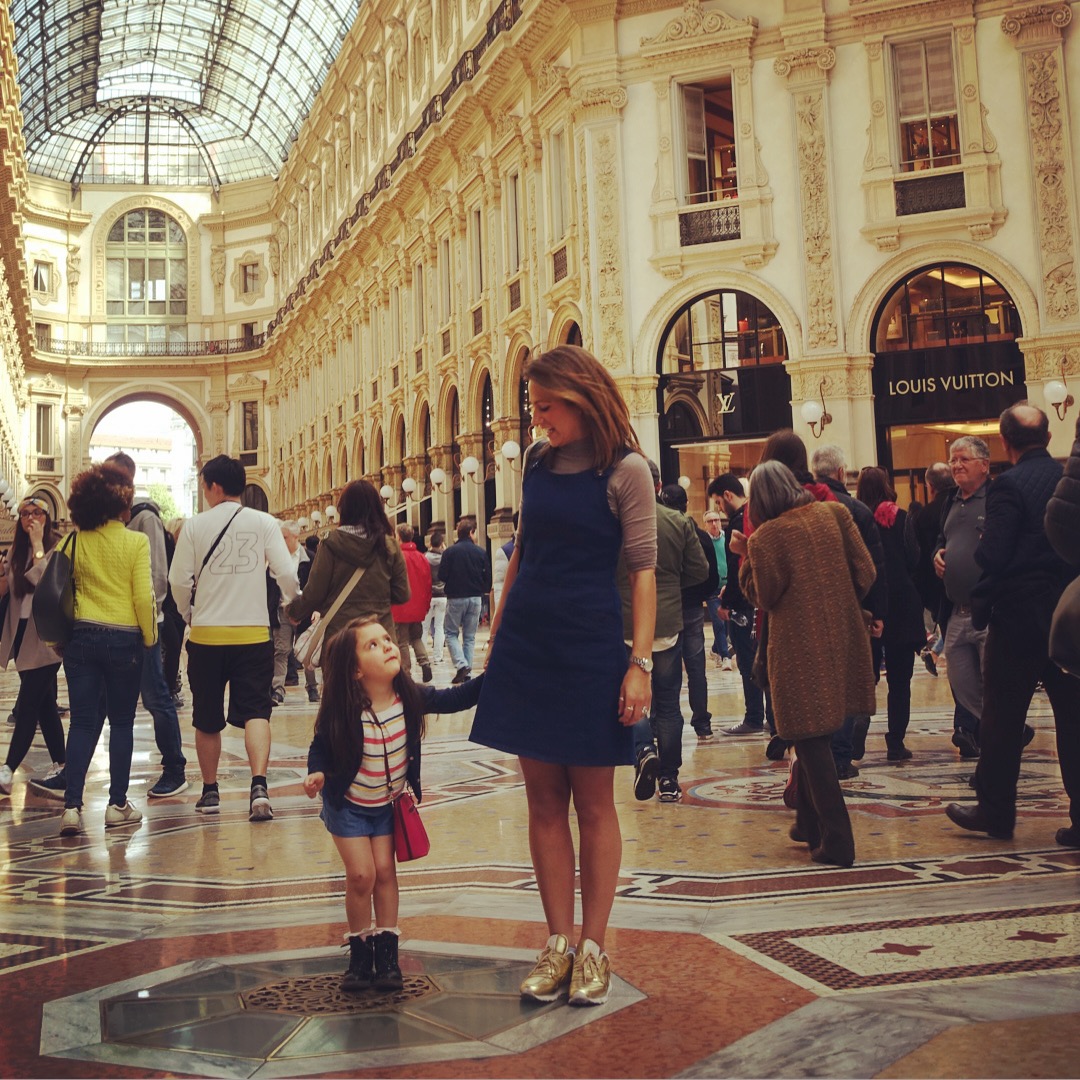 My Grandparents were the most spectacular people to ever walk the planet. Not only did they foster many children over the years, but they adopted 8 and had 2 of their own. I am now lucky enough to have family all over the world, and I thought it was about time I took Molly on a trip to go and visit one of my favorite Aunties, who lives in Italy.

My Auntie Debs moved to Italy in 1987 and I have only been to visit her once, when I was Molly’s age, and a bridesmaid at her wedding in 1992. She lives in a little town called Saronno, between Milan and Lake Como and seeing as it was Molly’s first trip away I thought I would keep it short and only stay for two nights.

Molly is at an age where we can have a laugh together, although I think she likes to laugh at me- rather than with me, making me look as stupid as possible (which isn’t very hard). Her first ‘holiday prank’ was at passport control, when I asked her to look at the man so he could check her picture, to which she replied ‘Yes, Your Majesty’. I explained to the man that I don’t actually make her call me that, and she then said ‘Mummy, would you like another bottle of wine?’ Cheers Mo…

I sometimes forget that she is only 3 and after quickly ushering her through the airport (and after some rather large slices of cake), I needed to get our passports ready so I asked her to hold my coffee, which slipped right through her hands and all over the floor in the direct path of our boarding gate.

After a hectic day of travel, we were greeted at Malpensa Airport by my Auntie who took us back to her beautiful 7th floor apartment, boasting 360 views of the Alps (and Elsa’s Ice Palace), where we had a relaxing evening ready for our day trip to Milan the next day.

I had visions of Molly and I skipping through the city center whilst singing songs and laughing together like a very small version of the Von Trapp family (without the Nazis) but Molly, being Molly, decided it would be more appropriate to act like she was fresh off the set of ‘Straight Outta Compton’. 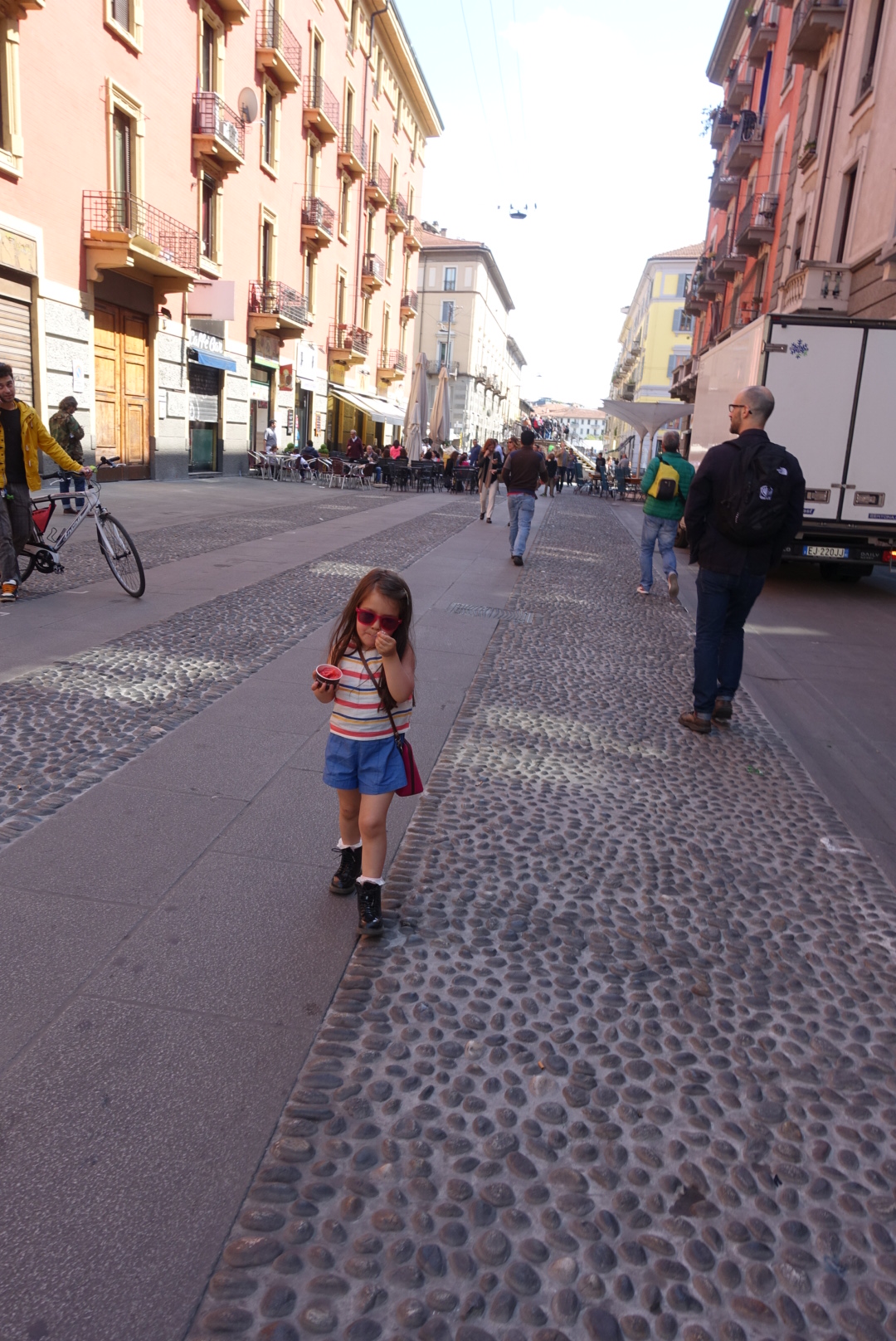 We walked around the city, through the wonderful Galleria Vittorio Emanuele II and passed Milan Cathedral, before wondering around the beautiful cobbled streets in the Quadrlatero d’Oro (known as the golden Quadrilateral) the fashion district and one of the most up-market areas in the world, with flagship stores belonging to Armani, Versace and Moschino, to name a few. I pictured myself ‘nipping over’ for the weekend to pick up my outfit for the film premier of my bestselling book, but was quickly grounded when Molly announced, rather loudly, that she needed a poo. 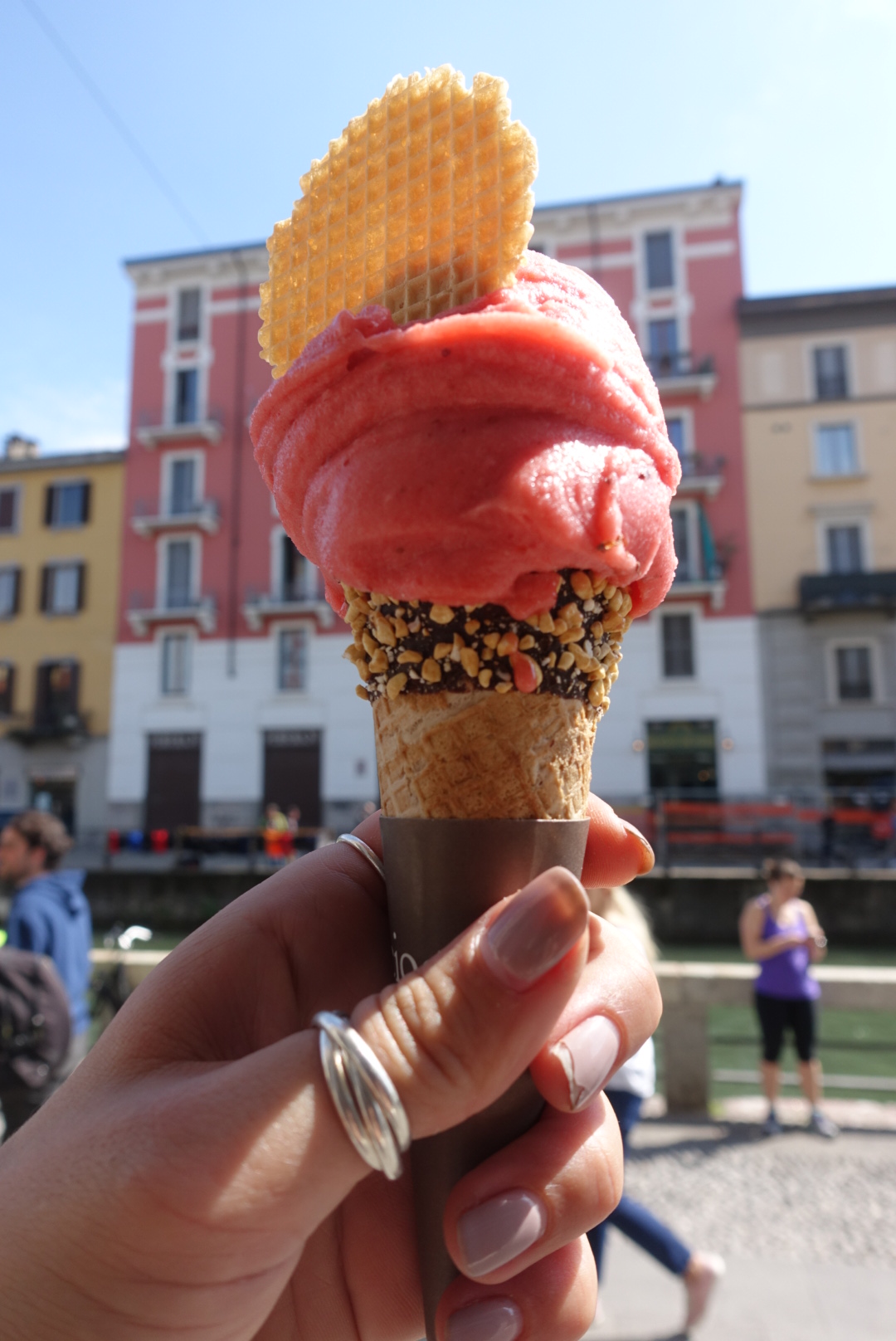 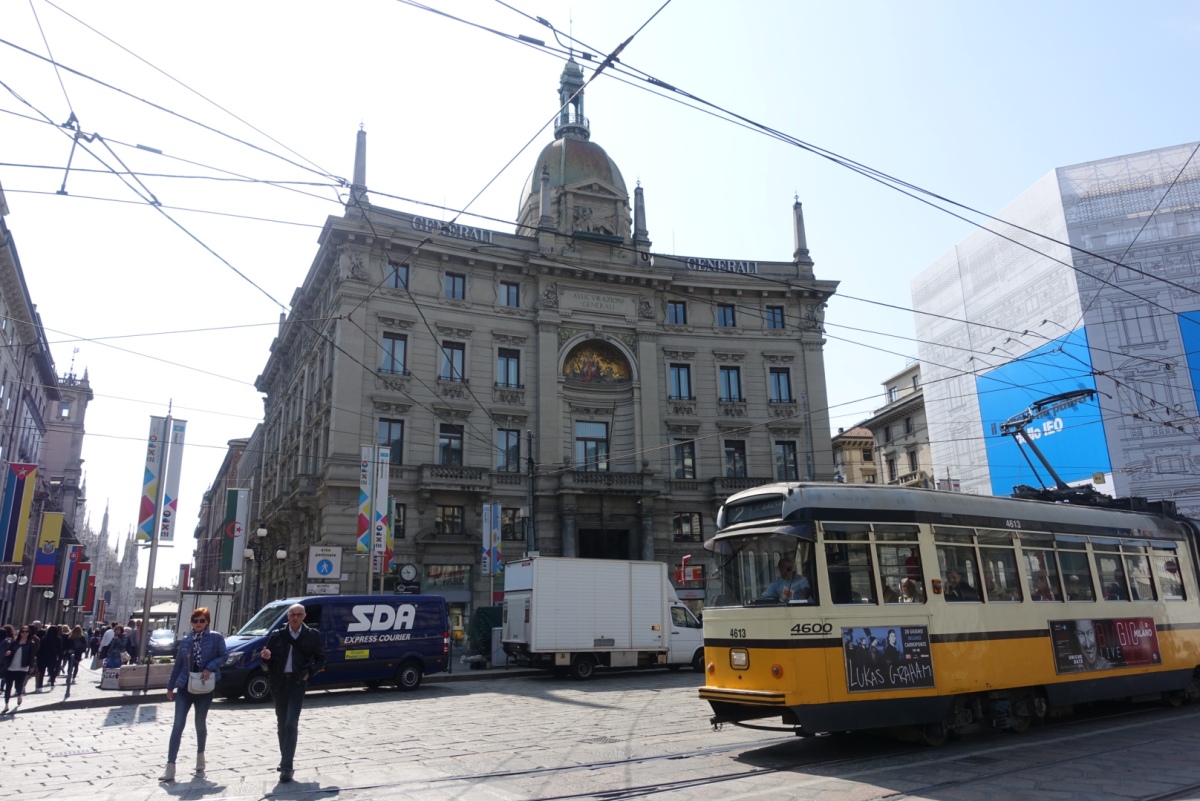 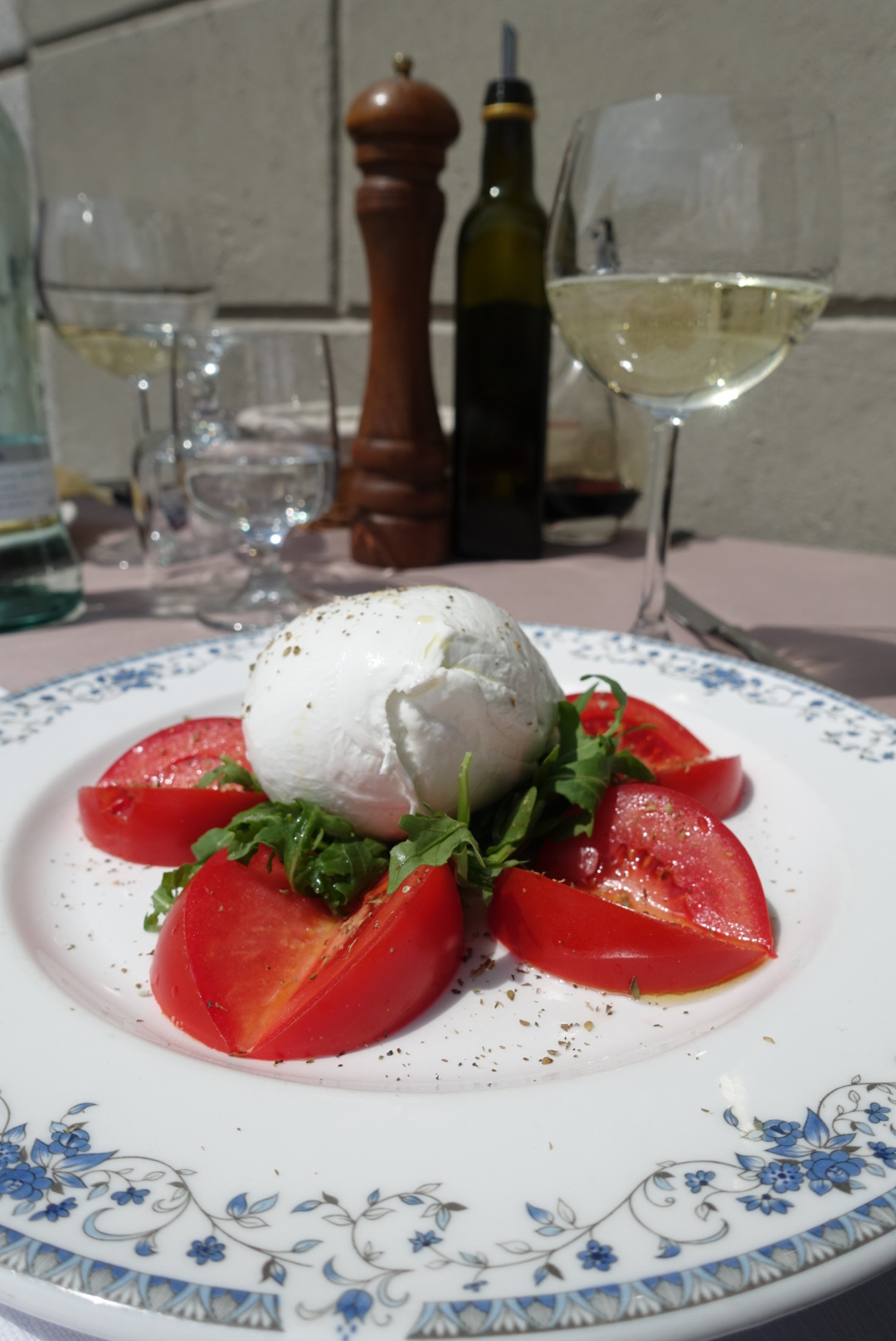 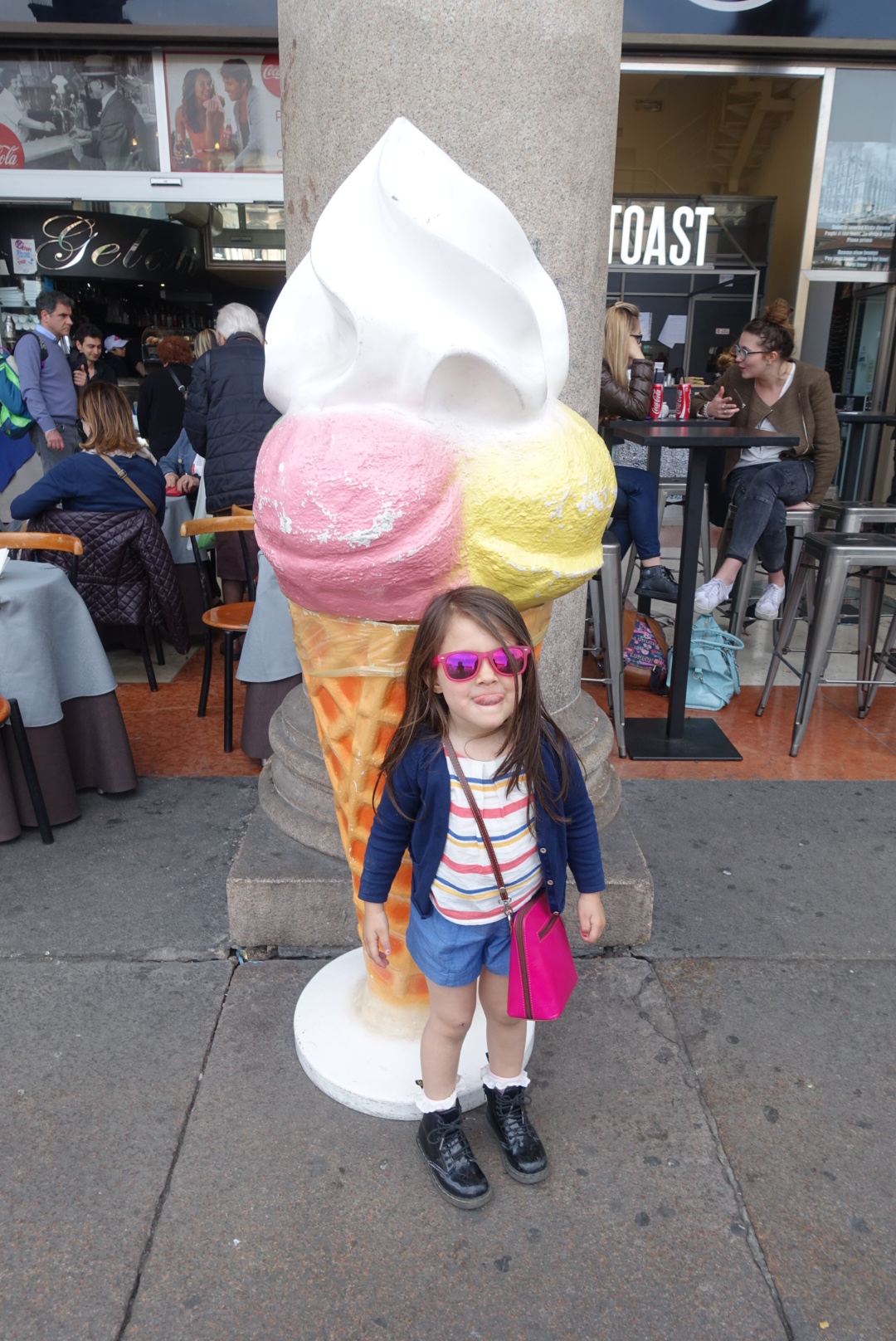 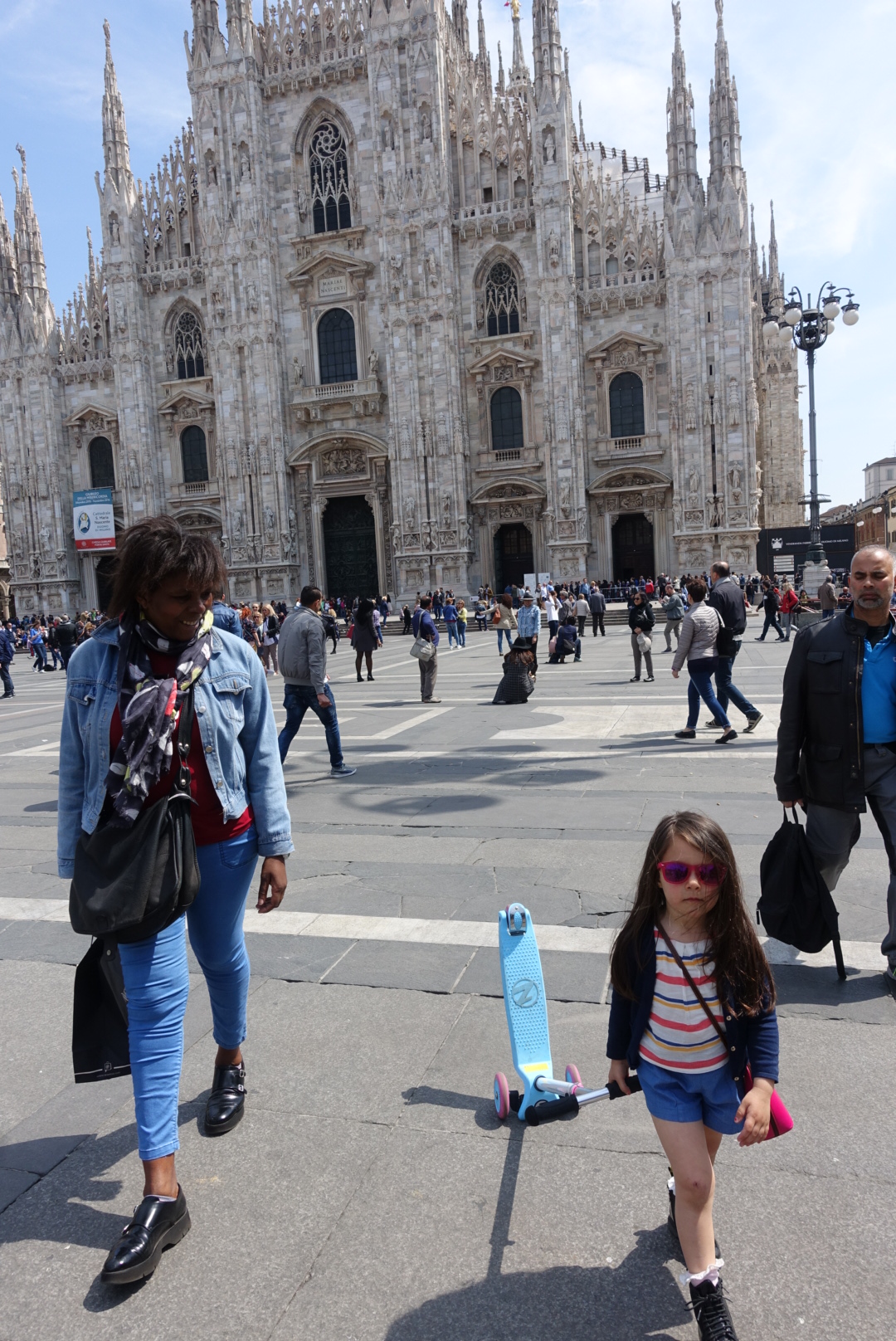 Later that evening, when we all sat down for dinner, I contentedly watched my relatives’ converse in Italian, and couldn’t help but think how wonderful the whole experience was. Not only had I taken Molly on a plane for the first time, I got to see my family and experience the charm of true Italian culture.

The next morning, to continue her ‘gangster’ theme, Molly insisted on wearing her sunglasses whilst strutting through the airport, with one trouser leg rolled up. And if 5 trains, 3 buses and a flight to get back home wasn’t enough excitement for the day, she then decided that she wanted to go swimming. 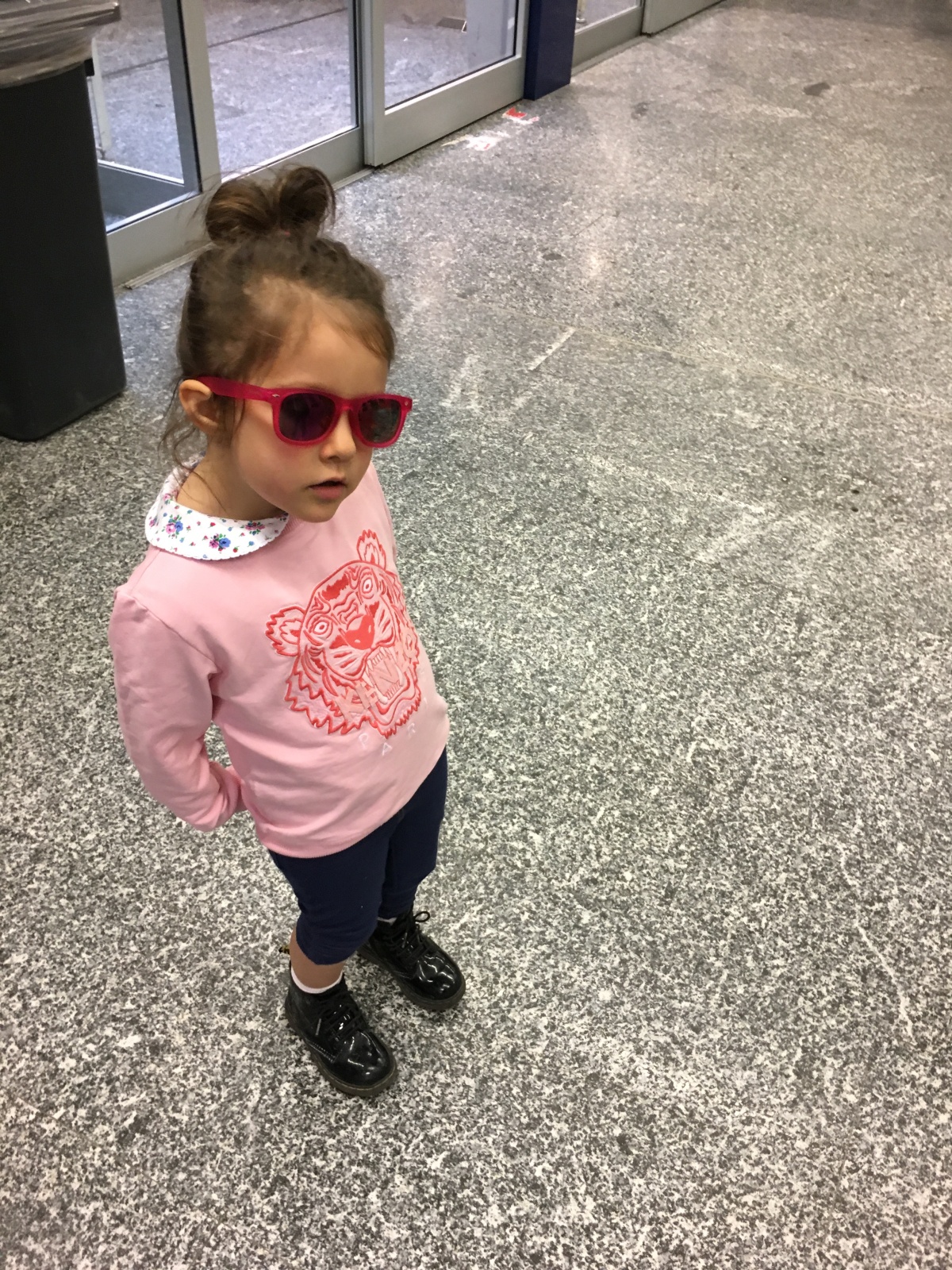 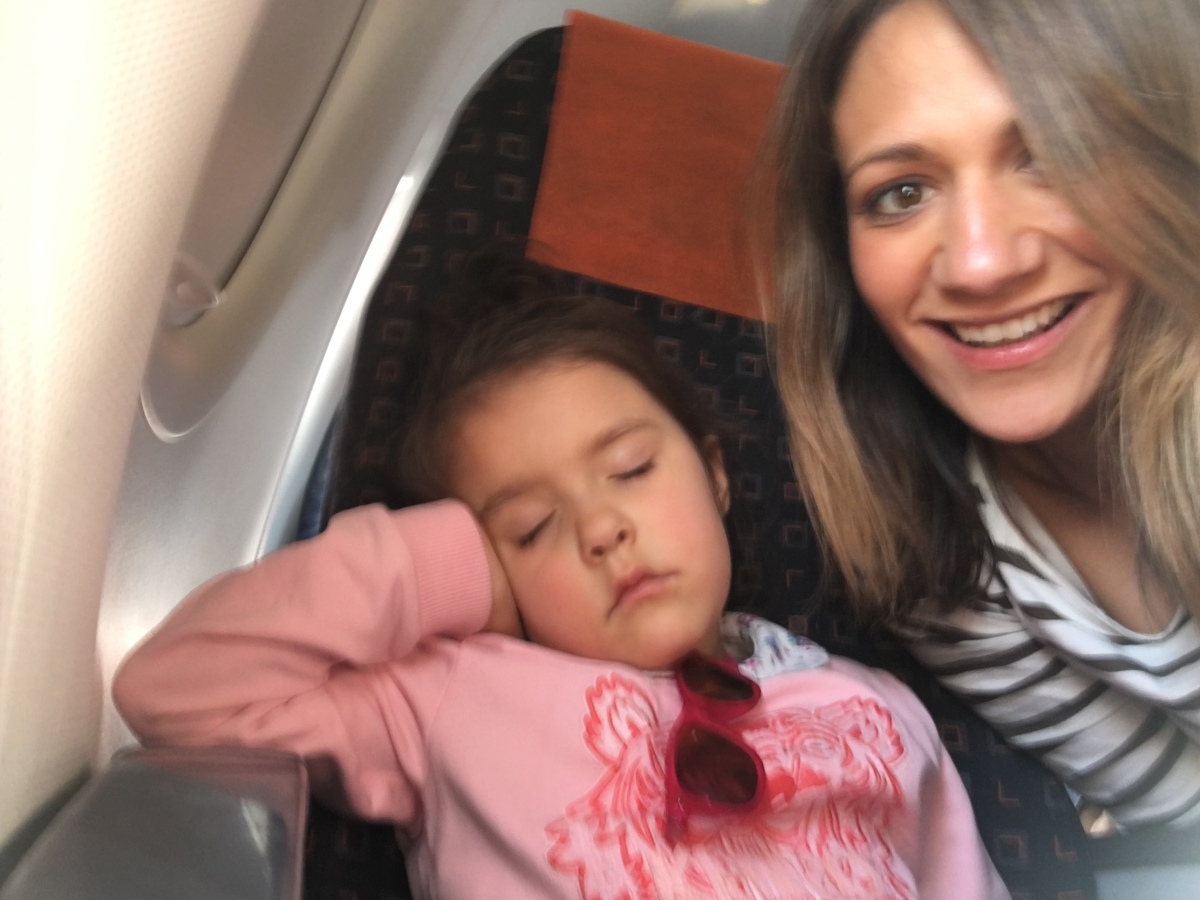 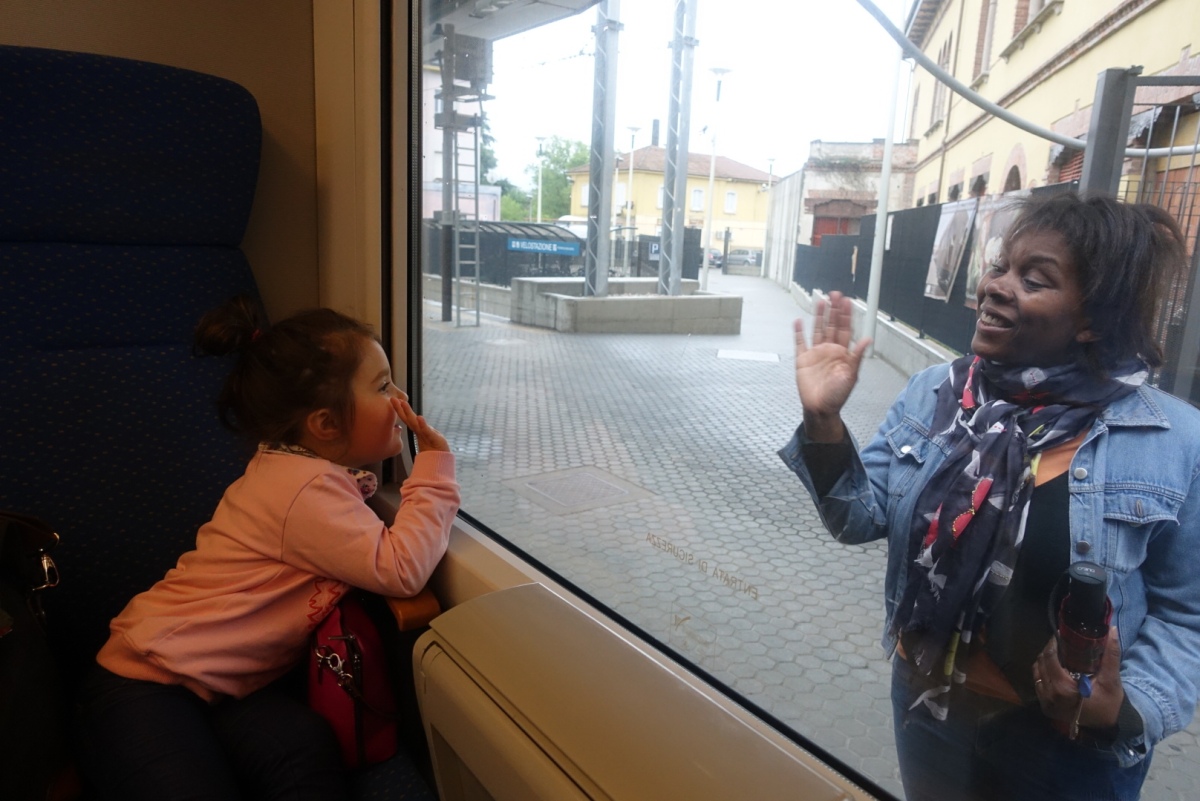 I have come to the conclusion that two nights is enough time for my mini adventures with Molly. It still gives us time to explore (without wearing her out too much) and although chaotic being on my own with luggage/scooter/a child, it is do-able and completely worth it.

Thank you for having us Debs, I shall be back soon when I collect my Premiere outfit…